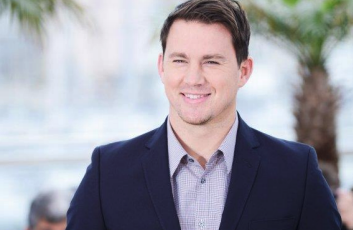 Fox kicked off the new year by dating a slew of movies for 2016 and 2017, including the X-Men spinoff Gambit, comedy Mike & Dave Need Wedding Dates, Assassin’s Creed, The Greatest Showman on Earth and The Mountain Between Us.

The studio also shifted the release dates for sequels The Fantastic Four 2 and the untitled Planet of the Apes movie.

Gambit, starring Channing Tatum, is set for release Oct. 7, 2016. Joshua Zetumer wrote the screenplay. It will face off against Warner Bros.’ Live by Night and Universal’s Monster High.

Mike & Dave Need Wedding Dates, a comedy to be directed by Jake Szymanski, will hit theaters July 29, 2016. A cast has yet to be announced for the film, which was written by Andrew J. Cohen and Brendan O’Brien and centers on two brothers who post an online ad for wedding dates. The film currently has the date to itself.

Video game adaptation Assassin’s Creed, starring Michael Fassbender and to be directed by Justin Kurzel, is slated for Dec. 21, 2016. It will face off against an untitled Illumination Entertainment project, and one week after the first Star Wars spin-off film.

The Greatest Showman on Earth, starring Hugh Jackman as P.T. Barnum, will open Dec. 25, 2016. Directed by Michael Gracey from a script by Bill Condon, the film currently has the holiday weekend to itself.

The Mountain Between Us, a romance drama starring Sons of Anarchy‘s Charlie Hunnam and Gone Girl’s Rosamund Pike, will open wide Feb. 10, 2017. The only other film slated for that date is an untitled Warner animation group project.