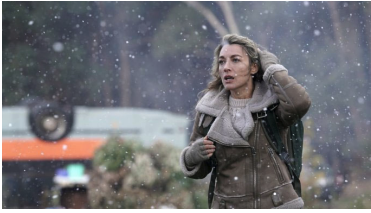 Disaster drama La Brea will be back for a second season.

NBC has renewed the series for a sophomore run after the ratings success of the Natalie Zea-fronted thriller.

The renewal comes as the broadcast network unveiled its midseason schedule Friday.

The series is centered on a mother and son separated from father and daughter after a massive sinkhole mysteriously opens up in Los Angeles.

It is produced by Universal Television in association with Keshet Studios. The show is the No 1 new show of the fall in the adults 18-49 demographic and NBC said that it had reached more than 47 million viewers across linear and digital platforms.

It has also become the best launch of any new NBC show on the network’s sister streamer Peacock and is the No. 3 new show of the season in total Live+3 viewers after NCIS: Hawai’i and FBI International.

Keshet Studios president Traugott told Deadline he was pleased with the amount of marketing support surrounding the show, which took a long time to make it to air as a result of the pandemic — it was in the middle of producing its pilot when Covid hit and was picked up straight-to-series in January 2021.

“The only thing worse than a network not liking you show is that they love it so much that there’s that pressure. We have no control with the ratings,” he added. “NBC and Universal have been so supportive because La Brea has the potential to draw in audiences, and if they turn up, the pressure is on us to keep bringing them back.”