Ideas That Haunt You: Chris Rossi on Meadowland 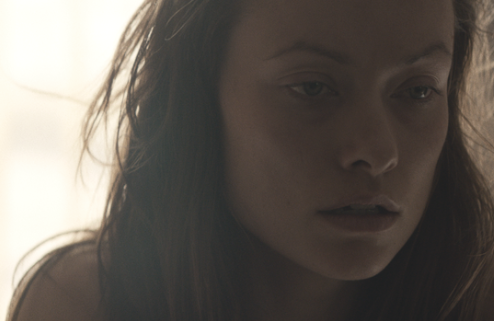 It’s rare for a debut director and debut screenwriter to unite in a more powerful way that the collaboration that sparked Meadowland. Starring Olivia Wilde and Luke Wilson, the film follows a couple on a traumatic journey of loathing, mainly set one year after their young boy goes missing. Completely unhinged, Phil begins to question his morals as Sarah falls deeper into despair.

In addition to penning Meadowland, Rossi has sold and developed both film and television scripts for various Hollywood producers, including “Day38″ to McG (Terminator Salvation, Three Days to Kill), while also being chosen as one of 2012’s Young and Hungry List, which honors new screenwriters.

What led you into screenwriting?

I started as an actor in upstate New York. I was writing pretty early but I wasn’t really showing my work off in the beginning. Then I made the switch from acting and tried to start writing full time.

Josh Welsh (Break A Leg, Steel Trap) ran the Screenwriting Labs, David Benioff (Game of Thrones, Troy) was one of my mentors, and through the program I eventually got representation. And then I sold a script to the studio and entered the Writer’s Guild.

I basically did the step-by-step process, so while I did write the larger studio stuff , I mainly focus on smaller budget, character-based dramas and Meadowland is certainly along those lines.

What made you want to write a traumatic story like Meadowland?

It’s one of those things where the idea comes to you and starts to haunt you. It’s a familiar trope where the story covers a missing child, but my intention was to take a look at it from a different angle. It’s less about the father’s journey, which usually involves vengeances where the lead character is tracking the guy down. I wanted to dissect the mother’s journey and the story of the parents coping a year later. How do they deal with loss? How do people deal with grief? Rather than follow along the procedural aspects of most crime thrillers, I wanted to look at how a husband and wife deal with loss and the toll that can take on them.

It appears to be a fictional story, but what kind of research was involved?

It pretty much came from my imagination. It’s the kind of story you read from time to time. I know Luke Wilson (Old School, The Royal Tenenbaums), who played Phil, describes it as something you might see in the metro section of the newspaper. A kid disappears and you wonder what happens to this couple.

So that’s really the jumping off point:  It’s a crime story and we’re taking a look at it from a different angle. But I didn’t do a lot of research. I know a little about grief from my own experiences and then when talking with director Reed Morano (Frozen River, The Skeleton Twins), it’s not just one thing as much as it is an unpredictable journey of highs and lows, which were essential in telling the story.

How did you decide the occupations for the characters, where the mother is a teacher and father is a police officer?

With Phil, I wanted the guy to have the frustrations and poignancy to protect people with a gun and badge, even though no one can help him find his missing son. For Sarah, who is a schoolteacher, she is a mother who has lost her child and must be surrounded by children. She does have some solace in the poetry, especially one by Emily Dickinson, which she becomes obsessed with. So she’s teaching these kids about grief and loss, and connecting to them that way.

What were some of your cinematic influences when writing this story?

One inspiration came from Krzysztof Kieslowski’s Three Colors: Blue with Juliette Binoche, which is another story about a woman’s journey after a tragedy. There are actually a couple of European films like that: Jean-Luc Godard’s Two or Three Things I Know About Her. In general, I like films from the 70s, like those of Martin Scorsese.

I love quiet moments—those long visceral moments where it’s just an actor alone, experiencing something or revealing something about their character. There are definitely a few of those moments in the film and actors love to play those moments.

The absence of dialogue is very important in certain scenes. You see those memorable scenes in films, like the Priest on the swing in the remake of Invasion of the Body Snatchers or Travis Bickle in front of the mirror in Taxi Driver, and they stick with you.

After you’ve mapped out the story, what are your writing rituals?

I really treat it like a 9 to 5 job. I get up in the morning, maybe go to the gym, and then try to start writing by 9 am. I might take an hour break for lunch and then I go back at it until 5 pm. I treat it like a factory job and try to do it every day, even writing a few hours on the weekends. It’s got to the point where I feel a little sick if I don’t write so it’s become a bit obsessive. I do try to write in public rather than at home. I’m a café or coffee shop writer. It’s funny but it’s almost like the noise outside equals the noise inside.

What do you find to be the most difficult step in the writing process?

There are several but the biggest one for me is when you’re finished and it’s time to let go. You can work on something for months and months, but when it’s time to hit Send, and let it go into someone else’s hands, that is an underrated, terrifying step where you have to put your baby out into the world. You feel vulnerable and you don’t know the kind of feedback you’re going to get. Hopefully you’re giving it to a handful of readers you can trust but letting go is still difficult for me.

In your opinion, what makes a good story?

In a way, I feel like all great stories are crime stories. Whether they begin with an outright law-breaking event, transgression, or lie, great stories happen when something goes wrong. That goes along with almost every great story, from Adam and Eve to Mission Impossible to True Detective. They begin with some element of transgression or crime. Sometimes the world itself is the crime and when the world is unfair or morally skewed, that can be a great jumping off point in a good story.

What advice do you have for upcoming writers who want to enter the field?

I would recommend getting on a regular work schedule. It’s great to have story ideas and come up with plots, or screenplays, or pilots, but writing is in the doing. Sit down and grind it out. Get your keyboard or pen and paper, and just start writing. That’s my biggest piece of advice:  Get right to the writing.

If you start working with directors, make sure to be open to new ideas. The script is a blueprint for the film. There’s a great quote by Paul Schrader who said, “A screenplay is an invitation to collaborate,” which is as accurate as it is gracious. So be open to changes, because film is a director’s medium, so it can be the writer’s responsibility to help capture the director’s vision. We were lucky to have Reed’s cinematic eye for Meadowland because she is so great at expressing her vision and getting the shots she needs to make a great film.

In Meadowland, what is the significance or symbolism of the elephant?

That is an example of the collaboration from myself and the director, Reed. It actually deviated from the original ending and the idea occurred on set. People are going to take away different meanings – even to question the surrealism upon whether or not it’s actually happening or is it a dreamlike portion of the story.

It is a moment of grace that the natural world disposes on the character. An elephant is a visual metaphor for trauma, especially if you imagine the trauma an elephant experiences on a journey from Africa to New Jersey. There is this powerful moment of empathy between the elephant and Sarah (Olivia Wilde) when they share the screen together. If anything, it’s a moment of empathy and transcendence that the world is giving her. The world can be as magical as it is cruel.

I always love seeing Giovanni Ribisi on screen. Can you elaborate on that character along with which actors you had in mind when writing this story?

I didn’t pick any certain actors, but when I heard Giovanni was on board, I flipped because I think he’s terrific in everything he does and really makes every part his own. As Tim, he’s Phil’s brother and he’s a lost character who’s dealing with his own spiritual journey, like all of the characters. But Tim approaches life in a more cerebral way. He’s a reader and a thinker and it almost pains him to think, so this character is a counterpoint to Sarah’s journey. She’s out in the world trying to connect with people and he feels empathetic for her as he tries to understand what she’s going through.

Was his “big ears” comment related to the elephant in the end?

That was actually a moment of improv from Giovanni. That’s a good question. Happy accidents occur but I really don’t know the answer to that. It may be one of those great unconscious things an actor is able to make happen, but it certainly tied together well in the film.