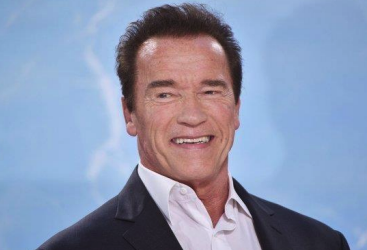 The unusual pairing of Darren Aronofsky and Arnold Schwarzenegger proved too potent for foreign buyers to ignore at this year’s American Film Market.

Their newly announced revenge-thriller, 478, has closed a raft of major territory deals for the Highland Film Group, which is is handling international sales. Aronofsky is producing 478 via his Protozoa Pictures alongside Randall Emmet and George Furla of Emmet/Furla/Oasis.

Since stepping down as governor of California, Schwarzenegger has had trouble reviving his acting career, with movies including Escape Plan and Maggie disappointing both in North America and overseas.

Still, 478 sparked strong interest at AFM. “We had very healthy responses from our buyers who reacted very quickly and aggressively to the project at the start of the market. With Darren Aronofsky on board it was inevitable that the film was going to draw in great interest — and we’re delighted to see such a positive reaction at this early stage,” said Arianne Fraser and Delphine Perrier of Highland.

The film, now in pre-production, will see Schwarzenegger play a man whose wife and daughter are killed in a tragic mid-air collision. His life takes an unexpected turn when he seeks revenge on the person responsible. Elliott Lester will direct from a script by Javier Gullon.