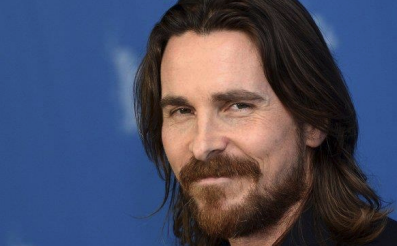 With the annual bashing of Loews’ somewhat retro carpeting easing up for another year, many AFM attendees returning to more contemporary interiors spoke of a market still in an awkward state of transition.

Quentin Tarantino’s The Hateful Eight dominated much of the chatter in 2014, but 2015’s edition struggled to offer a prestige title with anywhere near the same amount of buzz.

“Buyers are looking for the perfectly formed script, the perfect filmmaker, the perfect cast and, of course, the perfect budget,” said Mister Smith’s David Garrett. “And that’s getting harder for us to find and bring to the market.”

German buyer Rudiger Boss, acquisitions head for broadcast giant ProSiebenSat.1, complained that there were few gold-plated projects available for presale (“the packages are not ideal”) and put part of the blame on talent agencies playing too big a role.

“The agencies are getting too mixed up in the process and it’s not making the projects better. I doubt it will help the films,” he said.

Decreased risk-taking from indie buyers, who are now facing a swollen emphasis on theatrical success as ancillary revenue-generators dry up, saw the studios step in to make the big money market bets.

Michael Mann’s Christian Bale-starring Enzo Ferrari biopic was arguably one of this year’s bigger AFM projects, but with Wild Bunch’s U.S. arm Insiders reportedly looking for sizeable checks from international indie distributors, Paramount, who will bow the film stateside, could come in to snap up global rights as well.

Studios muscling out the indies for global rights has been a recurring theme at this year’s AFM. The Weinstein Co.’s Six Billion Dollar Man action reboot with Mark Wahlberg, also is expected to go through the international arm of a studio major — the reason many suspect it wasn’t on TWC’s slate for this market — and Warner Bros. is expected to take the red-hot Blade Runner 2 project out of global indie hands.

But several prestige titles did fly out of the stalls. The Arnold Schwarzenegger starrer 478 virtually sold out globally, while the Liam Neeson-actioner The Commuter did brisk business for StudioCanal, finding a U.S. home with Lionsgate.

“It goes to show that the market will respond to a strong project with the right creative elements,” said Anna Marsh, head of international sales at StudioCanal, which also screened the first footage from James Marsh’s untitled Colin Firth project, a title THR learned had attracted an offer of $6 million for the U.S. Fortitude International also saw brisk business for its slates, with multiple territory deals for Ben Kingsley-Josh Hutcherson starrer Backstabbing for Beginners and The Bachelors, starring J.K. Simmons.

“We have had a very good market, but we are one of the few companies that have real projects here,” said Fortitude co-founder Nadine de Barros. “It’s very difficult to sell a project that isn’t properly packaged. But if you have projects to sell, the buyers are there.”