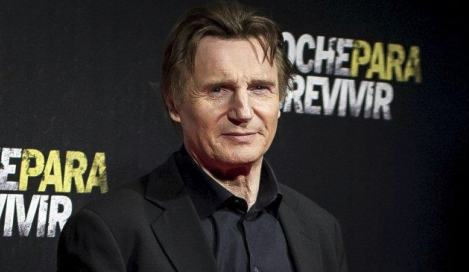 Lionsgate is buying U.S. rights for a pair of suspense films from StudioCanal — Liam Neeson’s upcoming “The Commuter,” and the completed “Our Kind of Traitor,” starring Ewan McGregor and Naomi Watts.

The deals were closed Friday at the American Film Market.

“The Commuter,” which will be shot in New York in the spring, centers on a businessman caught up in a criminal conspiracy during his daily commute home. The movie is being produced by The Picture Company’s Andrew Rona and Alex Heineman with StudioCanal.

No director is attached to “The Commuter,” which has a script written by Hossein Amini, Byron Willinger and Phil de Blasi.

“Our Kind of Traitor,” which was filmed last year by Susanna White,  is based on the John le Carre novel of the same name. The story centers on a couple who are on vacation in Morocco and run afoul of a Russian oligarch, played by Stellan Skarsgard, leading to a journey through Paris, the Swiss Alps and London.

“Traitor” was produced by The Ink Factory and Potboiler Productions.

“’The Commuter’ and ‘Our Kind of Traitor’ are two suspenseful, action-packed, star-driven additions to our film slate that we expect to continue our successful partnership with StudioCanaldating back to our breakout hit ‘The Last Exorcist,’” said Lionsgate’s Steve Beeks.

The news was first reported by Deadline Hollywood.