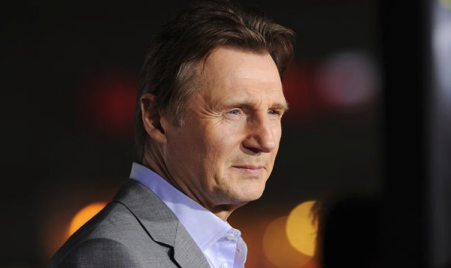 Boasting a muscular slate of crossover prestige pics and high-profile suspense thrillers, Studiocanal made a big splash at the AFM, selling the world on Liam Neeson (pictured above) starrer “The Commuter” and closing most outstanding territories on its untitled James Marsh project.

“Although the market elsewhere was weak, we found that we had the type of films which distributors are looking for: Either prestige movies with cast or quality entertainment movies with good production values and a clear marketing angle,” said Marsh, adding that “The Commuter” was positioned as a “white-knuckled thriller in the vein of ‘Non-Stop’ but taking place in a train.”

Marsh said she noted the strength of the Southeast Asian market — notably Korea, Japan and China where Liam Neeson is a huge star and “Non-Stop” was a major B.O. hit, as in the rest of the world.

Studiocanal will distribute “The Commuter” in France, Germany, the U.K., Austria and New Zealand.

Penned by Byron Willinger and Phil de Blasi, “The Commuter” is produced by the team behind “Non-Stop”and “Unknown:” The Picture Company’s Andrew Rona and Alex Heineman, with StudioCanal, which is also financing.

“The Commuter” stars Neeson as a businessman on his daily commute home who unwittingly gets trapped in a criminal conspiracy.

At the AFM, Studiocanal also unveiled a promo of the untitled James Marsh project with Colin Firth and Rachel Weisz and closed a raft of more pre-sales.

The project, which is Marsh’s anticipated follow-up to Oscar-winning “The Theory of Everything,” turns on the fateful journey of Donald Crowhurst, the British personality and amateur watchman, as he attempted to win the Sunday Times Golden Globe Race in 1968.

Studiocanal, Blueprint Pictures and BBC Films are producing. Studiocanal is financing and will distribute in France, Germany, the U.K., Australia and New Zealand.

New deals include Italy (Good Films), Iceland (Myndform), It’s closing Canada, Benelux, Spain, Vietnam
A U.S. deal is currently in negotiations. “Buyers were really taken by the images that we’ve shown them at the AFM, it delivers on all fronts and Colin and Rachel have such a great on-screen chemistry,” noted Marsh, who added that Studiocanal is positioning the movie as an Oscar candidate for the 2017 race.