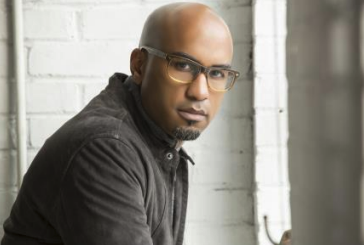 EXCLUSIVE: One of the most devastating massacres in U.S. history is coming to the big screen. Zero Gravity Management and The Story Company are developing a feature about the racial unrest that happened in the Greenwood section of Tulsa, OK, dubbed “Black Wall Street.” Tim Story is set to direct and produce with his the Story Company alongside Christine Holder and Mark Holder of Zero Gravity.

Christopher Kubasik will pen the screenplay. The project was inspired by Corinda Marsh’s Holocaust in the Homeland, which tells the story of one of the darkest days in American history. As one of the most prominent concentrations of African-American businesses in the United States during the early 20th century, envious locals in Tulsa dubbed the Greenwood section “Black Wall Street” because of its economic success — until the Tulsa race riot of 1921, in which white residents massacred black residents and razed the neighborhood within hours.

The riot was one the most tragic in the U.S. history, greatly impacting race relations and destroying the once-thriving Greenwood community and the lives of its 10,000 residents.

The rioting destroyed more than 35 blocks of what was considered the wealthiest black community in the country. The attack didn’t just happen on the ground, but planes started dropping burning balls of turpentine on homes. About 1,200 homes were destroyed, leaving 10,000 homeless. More than 800 people were admitted to hospitals, and the death toll was recorded as 39, but historians believe the real number may have been as high as 300 killed.

There have been documentaries about this — HBO did one in 2000 titled The Tulsa Lynching of 1921: A Hidden Story, Oprah Winfrey’s OWN was developing a miniseries on the subject, and there was a 2014 TV movie called Hate Crimes in the Heartland that included it — but doesn’t look like there has been a feature film about this since the riot took place nearly a century ago.

Doug Griffin will also produce for The Story Company; Zak Kilberg is also producing via his Social Construct banner and Blue Ridge Media Capital will get executive producer credit.

The film will be a serious turn for Story, whose films have grossed more than $1 billion at the worldwide box office. He has directed eight major studio feature films — seven of which debuted at No. 1: Ride Along, Think Like A Man, Fantastic Four and their sequels, along with Barbershop.

On the television side, Story directs and executive produces Showtime’s upcoming half-hour comedy series White Famous, which is based on Jamie Foxx’s personal experiences coming up in the business.

Zero Gravity Management has recently optioned several high-profile pieces including Guantanamo Diary, based on the acclaimed international bestseller based on the life of Guantanamo prisoner Mohamadu Slahi, and Kennedy Women, a series based on the NY Times bestseller by Laurence Leamer. The company also is in post on their Netflix TV series Ozark, which stars Jason Bateman.