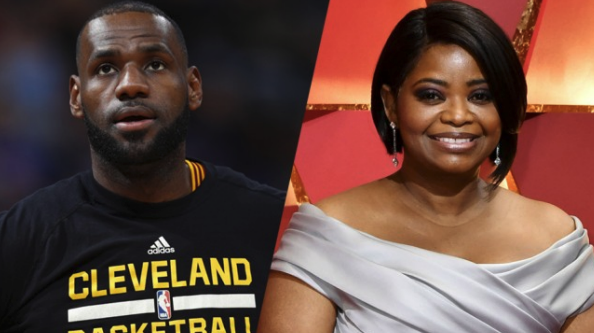 Spencer is attached to star in the limited series about entrepreneur and social activist Madam C.J. Walker’s life, with James exec producing along with his company’s co-founder, Maverick Carter.

Sources tell Variety that Netflix is interested in the series and is the likely destination. The steaming service had no comment on their involvement in the project.

Nicole Asher is on board to write and co-exec produce and “Black Nativity” helmer Kasi Lemmons will direct the pilot and also exec produce.

The series is based on the book “On Her Own Ground” by A’Lelia Bundles, Walker’s great-great-granddaughter, who will also serve as a consultant on the series.

Walker, the daughter of slaves, was orphaned at age seven, married at 14, and widowed at 20. She spent two decades laboring as a washerwoman, earning $1.50 a week. However, everything changed following Walker’s discovery of a revolutionary hair care formula for black women. By the time she died in 1919, she had built a beauty empire from the ground up, amassing wealth unprecedented among black women. She counted W.E.B. Du Bois and Booker T. Washington among her friends.

Zero Gravity Management’s Mark Holder and Christine Holder optioned the book from Bundles in early 2016. Spencer got wind of the project and aggressively pursued the part. Once word spread that Spencer was attached, WME, who reps both Spencer and James, pitched the series to James as his production company’s entryway into the prestige genre.

SpringHill president Jamal Henderson brought the project to Carter’s attention and the two moved quickly to land the property.

With Nicole Asher set to write, Spencer starring, and James and Springhill on board as producers, the package was presented to potential buyers, with Netflix acting fast and the favorite to land the series.

“I am really proud of this project and that SpringHill will be partnering with Octavia to tell this important story,” James said. “Every American should all know the story of Madam C.J. Walker. She was an innovator, entrepreneur, social activist, and total game changer whose story has been left out of the history books. I hope this project lives up to her legacy with a story that will educate and inspire.”

Zero Gravity and Warner Bros. will partner on the production.

The Holders (through Zero Gravity), James and Carter (through SpringHill), and Spencer (through her production company Orit Entertainment) will all serve as exec producers with Asher on board as a co-exec producer.

“It’s so exciting for all of us to keep building SpringHill, see it mature, and continue to find its voice. We are really focused on growing with authenticity and substance,” Carter said. “For us, this is totally about great stories and great partners. Partnering with Octavia to tell the story of Madam C.J. Walker is the ideal first project for SpringHill to take an important step into scripted drama.”

The film is in line with SpringHill’s mission to spotlight the hidden African-American figures who helped shape American history. The company recently donated $2.5 million to the Smithsonian’s Muhammad Ali exhibit at the National Museum of African American History and Culture.

Launched in 2013, SpringHill has quietly become a big force in the entertainment industry. Although the company, which partnered with Warner Bros. in 2015, didn’t produce any series that were picked up this pilot season, they sold three pilot pitches to broadcast networks while producing the hit Starz series “Survivor’s Remorse.” The company is also producing a comedy for HBO set in an L.A. sneaker store.

Spencer’s hit film “Hidden Figures” earned her an Oscar nomination. She followed up the role with Summit Entertainment’s “The Shack” and Fox Searchlight’s “Gifted.” The actress can be seen next in Guillermo del Toro’s Cold War fantasy “The Shape of Water,” which is already gaining award season buzz.