Colin Kaepernick, Ava DuVernay team up for a Netflix series about his high school years 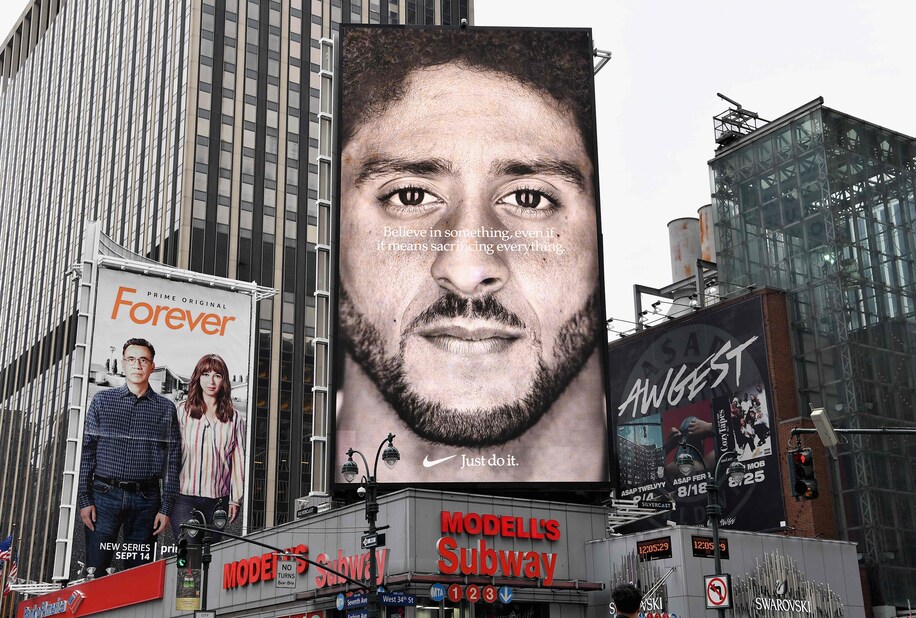 Colin Kaepernick and Ava DuVernay are teaming up for a six-part dramatic series based on the free agent quarterback’s high school years.

Netflix announced that the series will be called “Colin in Black & White” and will feature an actor it did not name as Kaepernick, who will narrate the series. Michael Starrbury, who worked with DuVernay on her acclaimed “When They See Us” miniseries on Netflix, is the scriptwriter.

“We seek to give new perspective to the differing realities that Black people face,” Kaepernick, 32, said in a statement. “We explore the racial conflicts I faced as an adopted Black man in a white community, during my high school years. It’s an honor to bring these stories to life in collaboration with Ava for the world to see.”

Heidi Russo had Kaepernick when she was 19 and unmarried. When he was five weeks old, she made the decision to give him up, choosing Teresa and Rick Kaepernick, a white couple who had lost two sons to heart defects.

“I knew I was different to my parents and my older brother and sister. I never felt that I was supposed to be white. Or black, either,” he told US magazine in 2015. “My parents just wanted to let me be who I needed to be. … We used to go on these summer driving vacations and stay at motels, and every year, in the lobby of every motel, the same thing always happened, and it only got worse as I got older and taller. It didn’t matter how close I stood to my family. Somebody would walk up to me, a real nervous manager, and say: ‘Excuse me. Is there something I can help you with?”

John Bender, a classmate and offensive lineman during Kaepernick’s years in college at Nevada, offered another glimpse of what the miniseries might reveal.

“I saw him transform, develop, whatever you want to call it,” Bender said of those college years in a 2017 New York Times interview. “Finding an identity was big for him because in some aspects in life, he would get the racist treatment from white people because he was a black quarterback. And some people gave him the racist treatment because he was raised by a white family. So where does he fit in all this?”

Since then, Kaepernick’s football accomplishments have been eclipsed by his activism, which became a national story in 2016 when he began taking a knee during the national anthem to protest police brutality and social injustice. The story took on a life of its own the following year as the protests spread across the NFL and other sports and drew angry condemnation from President Trump.

Kaepernick, who played in two NFC championship games and advanced to a Super Bowl with the San Francisco 49ers, parted with the team in the spring of 2017 and has been unsigned by an NFL team since then. He filed a grievance against owners, alleging collusion in keeping him out of the league, and reached a settlement with the league. The recent killing of George Floyd led the NFL to reassess its stance on player protests, with Commissioner Roger Goodell’s remarkable admission, “We, the National Football League, admit we were wrong for not listening to NFL players earlier and encourage all players to speak out and peacefully protest. We, the National Football League, believe that black lives matter.”

However, Goodell did not mention Kaepernick’s name, and the quarterback remains without a job in the NFL, even as he has become larger than life by starting a conversation about race that is only now beginning.