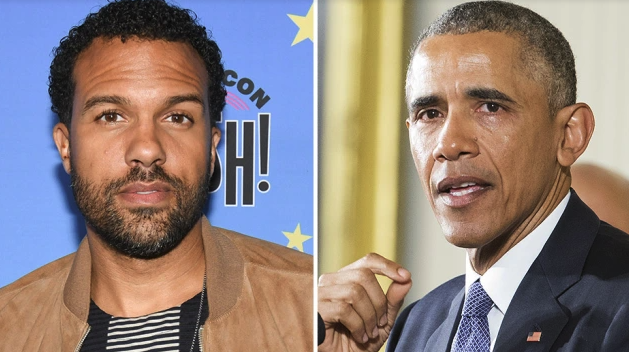 The First Lady, created by Aaron Cooley, is a revelatory reframing of American leadership, told through the lens of the women at the heart of the White House. Season 1 focuses on Eleanor Roosevelt (Anderson), Betty Ford (Pfeiffer) and Michelle Obama.

Barack Hussein Obama II served as the first African American and 44th president of the United States from 2009-17. A member of the Democratic Party, Barack married Michelle Robinson Obama in 1992 before he became an Illinois state senator in 2005. Barack and Michelle are the parents of Malia and Sasha Obama.

Fagbenle is known for his work in Hulu’s The Handmaid’s Tale. He next can be seen co-starring opposite Scarlett Johansson in Marvel’s Black Widow, which is slated for release in May. In April 2020, Fagbenle became the first person to create, write, direct, compose, executive produce and star in the pilot of a television series broadcast on a major network with his original TV show Maxxx (Channel 4, Hulu). The multi-hyphenate currently has drama, comedy and non-scripted content in development. He is repped by Buchwald and Curtis Brown Group in London as well as attorney Barry Littman at Hansen Jacobson Teller.