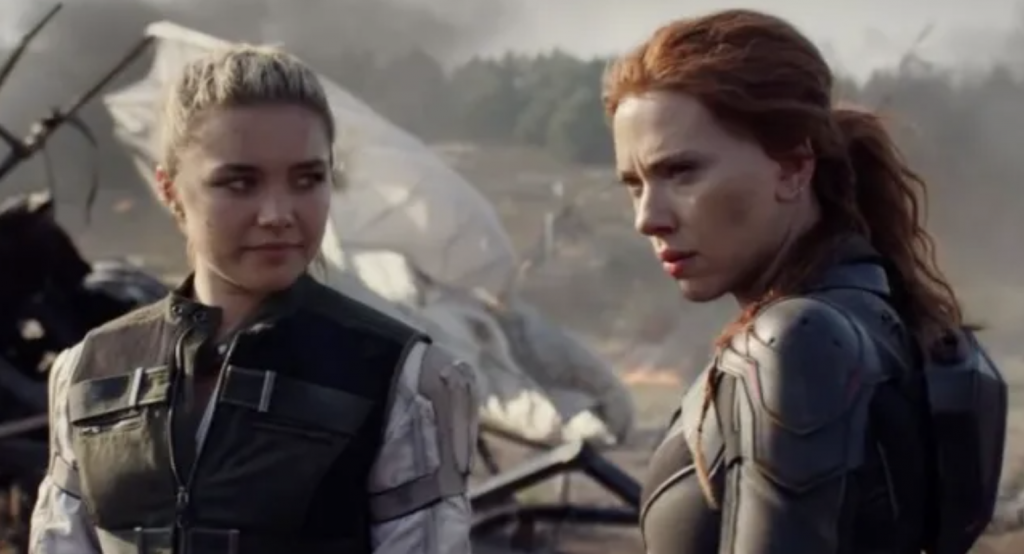 Wednesday Update: after Tuesday update After posting a record domestic opening during the pandemic of $80.3 million, Disney/Marvel’s Black Widow went on to gross the best non-holiday Monday with $7.16M during the Covid era, and now a record Tuesday of $7.6M.

Black Widow‘s Tuesday is 17% ahead of F9‘s first Tuesday ($6.5M) which held the previous record for the day during the pandemic.

Paramount’s A Quiet Place Part II easily owns the best Monday during the pandemic at $9.54M, but that was on Memorial Day. Through five days, Black Widow‘s running stateside cume stands at $95.1M, currently booked at 4,160 theaters.

The expectation is that with Warner Bros’ day-and-date theatrical HBO Max sequel Space Jam: A New Legacy coming into the marketplace along with Columbia Pictures’ sequel Escape Room: Tournament of Champions (which is a pure theatrical window release), Black Widow will still lead at the box office again, despite an expected 65%-70% slide for a second weekend of $24M-$28M. The decline takes into account Black Widow‘s availability on Disney+ Premier.

Universal’s F9 posted a second weekend that was down 67% from its $70M opening, though the pic’s second Sunday fell on July 4, which isn’t a vibrant day for moviegoing.

On the upside for the North American box office, Canada’s Ontario, including the Toronto film hub, is reopening cinemas this coming weekend at reduced capacities after several months of shutdown.

Space Jam 2 is expected to be behind Black Widow at this point in time at the weekend B.O. with an estimated $20M at 3,950 theaters. There aren’t any Thursday night previews. The animation live action hybrid, which counts a 5,5K screen booking, will also play at Premium Large Format Screen auditoriums, motion seat theaters, drive-ins, and private watch parties.

The first Looney Tunes NBA movie debuted to $27.5M in November of that year, ending its domestic run at $90.4M.

Escape Room 2, which Sony protected during the pandemic for an ultimate theatrical release in lieu of selling to a streamer, is set to do $7M-$8M at 2,775 theaters. Previews kick off at 3 p.m. in 2,200 locations Thursday for the $15M production, which has filmmaker Adam Robitel from the first 2019 movie returning to behind the camera. Escape Room opened to $18.2M over Jan. 4-6, 2019, and went on to make $57M stateside and $155.7M worldwide off a $9M production cost before P&A.

In addition to Disney’s $80.3M opening on Black Widow, the studio reported that the MCU title opened to a near $160M worldwide and $60M worldwide on Disney+ PVOD, good for a grand global debut across theatrical and streaming near $220M.