From The Taking of Deborah Logan to Escape Room 2: Director Adam Robitel’s life in horror 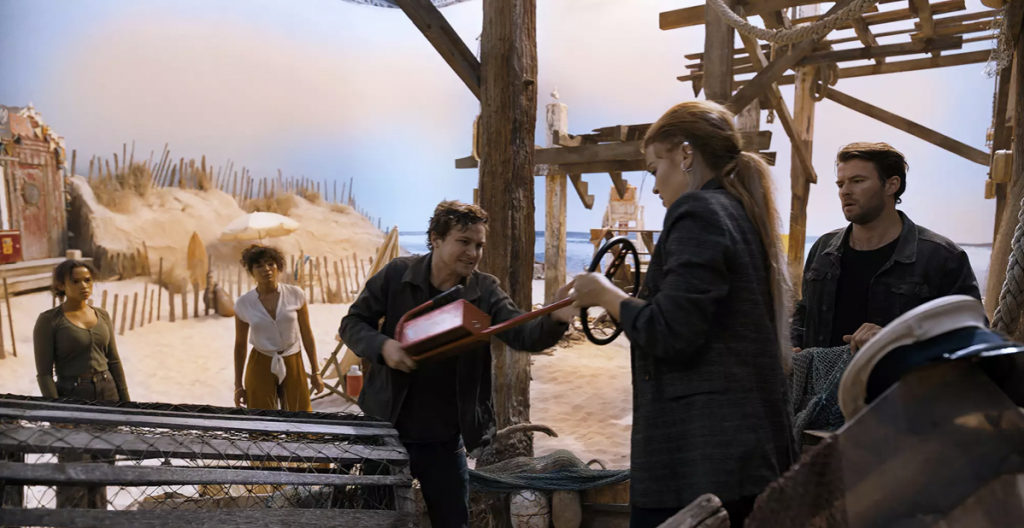 The Taking of Deborah Logan and Insidious: The Last Key director Adam Robitel began terrifying people at a young age. “I saw the power of scaring my friends when we would tell ghost stories in the middle of the woods at night,” he says. “I would always really enjoy that sort of manipulation of the audience and so I think it was a natural extension for me to gravitate to horror.”

Robitel’s new film is Escape Room: Tournament of Champions (out July 16), a sequel to the director’s 2019 horror hit Escape Room, which continues the puzzle-based terrorizing of Taylor Russell’s Zoey and Logan Miller’s Ben by the mysterious Minos organization. “Escape Room 2 picks up where the first movie leaves off,” says the director. “Zoey discovers there’s a coordinate in the Minos logo and she thinks that this building in downtown Manhattan is going to lead her to some answers, and she drags Ben into this suicide mission. When she gets to New York one thing leads to another and she finds herself being pulled back into the game. We quickly realize that, while the game was happening in movie 1 in Chicago, there were games happening all over the world, and there are people that we are going to meet in the sequel who have already been through the gauntlet. It’s expanding both the world and the mythology.”

In his own words below, Robitel talks more about his life in horror.

It was bittersweet. You make your first movie, you’re like, oh, this is going to do so much business and my career is started. I had one test screening that went terribly. I got a big tome of how my movie doesn’t perform with any demographic. It got dumped unceremoniously to Netflix over Halloween weekend with no marketing and no fanfare. It was devastating. I had gone into serious debt making the movie so I was like, oh, I failed, I’m a failure. But, that weekend, on Netflix, a million people saw and shared it. It was so vindicating, without any sort of marketing might or anything, for people to have discovered it.

It was a very personal movie and in some ways, it’s still the movie that I’m most proud of. The performances by Jill Larson and Anne Ramsey are for the books. And now, as a queer filmmaker, it’s getting a lot of love from the LGBTQ+ community because it represents. I’m really proud of it and I’m so grateful that it’s had the life that it has.

It was a great learning lesson. I was right there learning with Leigh Whannell (who has written all the films in the Insidious franchise including this fourth entry in the series). He and James Wan (who directed the original Insidious) were early champions of The Taking of Deborah Loganand, yeah, it was super fun. Lin Shaye is a good friend of mine, so it was a hoot to direct her. I made the mistake of giving her character, Elise, a Prius. On the first day, I was like, “Elise should be into environmental stuff and recycling.” Lin Shaye is like, “I would never drive a Prius, that’s ridiculous.” I turned and looked at an old truck and said, “What about a truck? “And she was like, “Yeah, that’s what I would drive.” I’m like, “Is that even a picture car?”

I was in post-production on Insidious: The Last Key, and I had signed with CAA, and they had a relationship with Neal Moritz, the producer, and they had a draft of this movie. I don’t think it was called Escape Room. I read the draft, [but] I was very poker-faced, I didn’t commit. I had never done an escape room. I went out that weekend and I did six of them and I realized how cinematic they are. The good ones really are directed. It was very clear to me that it was a great jumping-off point for a cinematic experience. So I saw the potential and we worked on the script for like six more months.

I come from a sort of rated-R horror background and the producers were like, we want to make this movie for our kids. I loved that obstacle of making it more PG-13, relying on suspense versus shock, and relying on character and mystery and intrigue versus just a bear trap on somebody. I love those movies, but that wasn’t the given here.

For a sequel to exist, I feel you have to outdo what came before. The billiard room from the first movie is probably still my favorite, but I’m pretty pleased with the rooms that [we have in Escape Room: Tournament of Champions]. We have an acid rain room. A giant beach set that is going to try to swallow people whole. What’s fun about this movie is the rooms themselves are telling a different story. In the first film, it was the characters’ backstories, here they’re leading towards a mystery that we’re going to learn about in the third act.

We have a treasure trove of ideas [for a third Escape Room movie]. It’s really going to be up to the fans. But, look, there’s a lot of ways to skin the cat, there’s a lot of different ways to continue to play with the audience’s expectations. Yeah, we’d be really excited to do that.