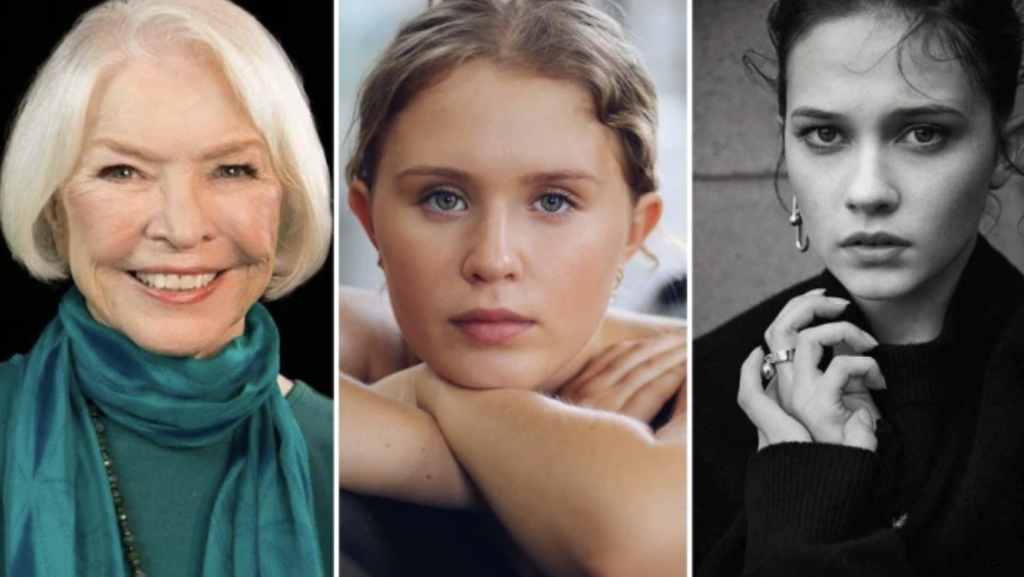 Burstyn will play Sara Delano Roosevelt (SDR), President Franklin Delano Roosevelt’s (Kiefer Sutherland) mother and Eleanor Roosevelt’s (Anderson) mother-in-law. Fiercely devoted to her only son, she commissioned a pair of houses as a wedding present for Franklin and his wife, on the strict condition that she could move in next to them. She had a complex and often domineering relationship with Eleanor, but the pair eventually grew close.

Scanlen will portray young Eleanor Roosevelt. The favorite niece of President Theodore Roosevelt, Eleanor lost both of her parents at a very young age. At 15, Eleanor was sent to Allenswood Academy, where she became an independent thinking, progressive and self-confident young woman. She married her fifth cousin Franklin in 1905.

Spaeny will play Anna Eleanor Roosevelt, the eldest child and only daughter of President Franklin D. Roosevelt and Eleanor Roosevelt. Anna was a writer, newspaper editor and special aide-de-camp to her father, acting as his assistant during World War II. Beloved by both parents, Anna also carried the burden of being the peacekeeper in her parents’ unconventional marriage.

Burstyn became the third woman in history to win both a Tony Award and an Academy Award in the same year for her work in Same Time, Next Year on Broadway and in the film Alice Doesn’t Live Here Anymore, for which she also received the BAFTA Award for Best Actress. She has won Emmys for her work on Law & Order: SVU and Political Animals. Her recent films include Pieces of a Woman, The House of Tomorrow, The Tale, Nostalgia and Lucy in the Sky. Burstyn is repped by by UTA and MGMT. Entertainment.

Australian actress Scanlen played Amma in Sharp Objects and Beth in Little Women. She won the Australian Academy of Cinema and Television Arts (AACTA) Award for Best Lead Actress for her role in Babyteeth. She’ll next be seen in the film Old and the Australian series Fires. Scanlen is repped by WME and Independent Management Company.

In addition to her role as Erin McMenamin on Mare of Easttown, Spaeny recently appeared in How It Ends, which premiered at the 2021 Sundance Film Festival. Spaeny made her feature film debut in Pacific Rim: Uprising, followed by Bad Times at the El Royale, On the Basis of Sex and The Craft: Legacy. She made her television debut in Devs. Spaeny is repped by WME, Sugar23 and HJTH