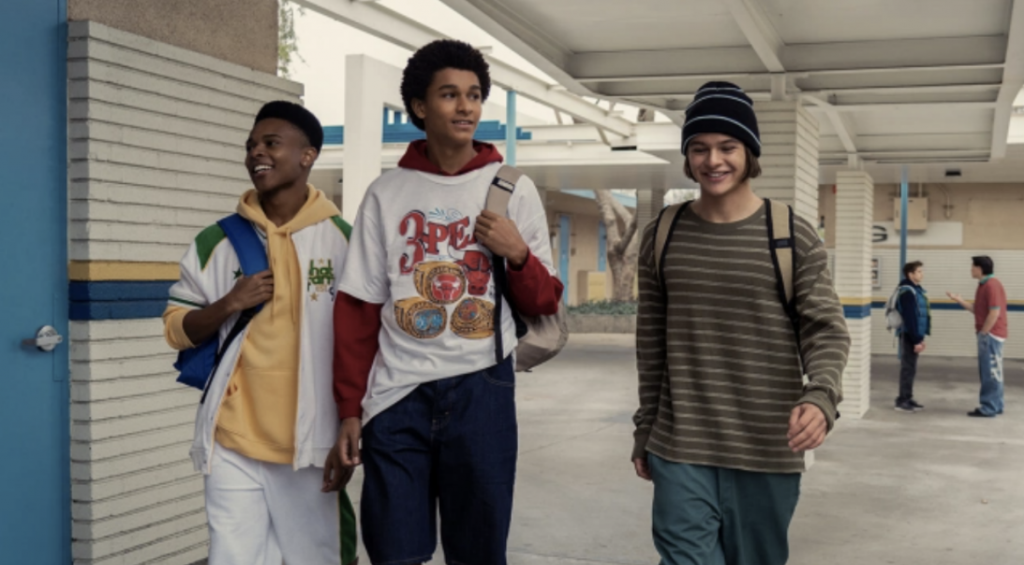 The streamer has released five photos from the six-episode, half-hour series co-created by Kaepernick and Ava DuVernay.

Netflix’s upcoming series Colin in Black & White, which follows the formative years of NFL quarterback and activist Colin Kaepernick, will debut on Oct. 29.

On Thursday, the streamer released first look photos of the scripted limited drama, from co-creators Kaepernick and Ava DuVernay.

The six-episode, half-hour series will explore Kaepernick’s adolescence, zeroing in on his time in high school and the coming-of-age experiences that informed who he is now. The Super Bowl quarterback and racial justice advocate narrates the series, while Jaden Michael plays a young version of the activist-athlete.

“I’m excited to share this first peek into a project I co-created with the incomparable Ava DuVernay over the past couple of years,” Kaepernick said. “I look forward to the world meeting the incredible Jaden Michael, a young actor who plays me during my high school years, just a kid growing up in Turlock, California who wanted to play ball.”

In addition to Michael, Offerman and Parker, the first look photos for Colin in Black & White also feature young stars Klarke Pipkin as Crystal, Amarr Wooten as Eddie, and Mace Coronel as Jake.

Speaking to The Hollywood Reporter in July, DuVernay said the process of working on the series with Kaepernick was deeply collaborative, with the limited drama taking a nonlinear approach to storytelling.

“It’s a deeply collaborative process, not much different than the way that I approached working with the Exonerated Five on When They See Us,” she said. “We’re working with a nonlinear format. You’ll see it as not just a straight story, there’s nonlinearity and genre-hopping within the piece. All of those conversations and the experimentation were something that we did together.”

Initially conceived in 2019, Colin in Black & White was first announced back in June 2020 with the scripts completed in May of that year.

Emmy nominee Michael Starrbury, who teamed with DuVernay on the award-winning Netflix limited series When They See Us and inked an overall deal with the streamer last month, penned the script in addition to serving as an executive producer along with DuVernay and Kaepernick.