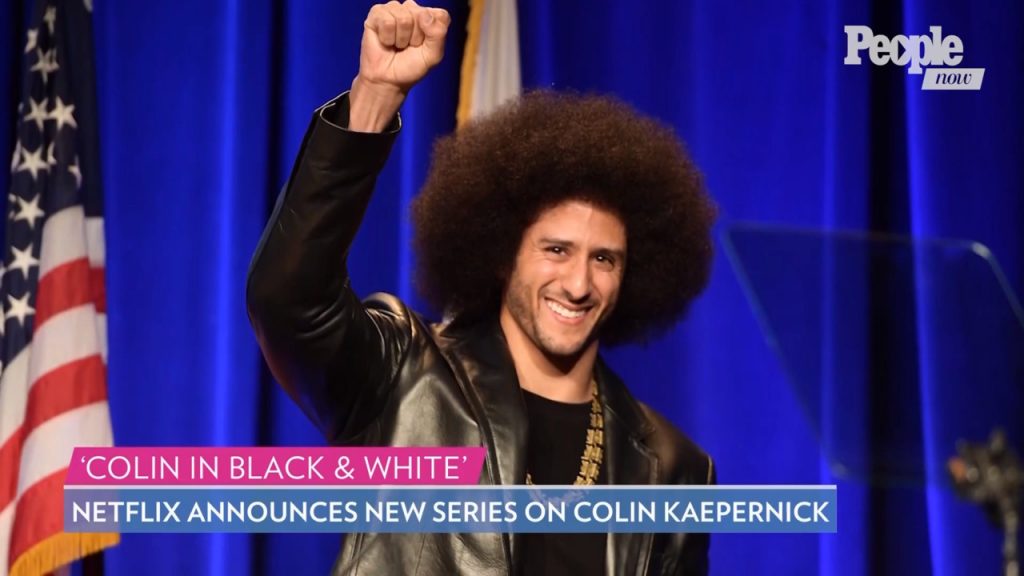 “I’m excited to share this first peek into a project I co-created with the incomparable Ava DuVernay over the past couple of years,” says Kaepernick, who appears in the series as the present-day narrator. “I look forward to the world meeting the incredible Jaden Michael, a young actor who plays me during my high school years, just a kid growing up in Turlock, California, who wanted to play ball.”

“A lot of stresses come with a project of this magnitude,” Michael recently told EW. “These conversations need to be had. On the forefront of my mind was, do I want to attack these conversations, or do I want to sort of make an experience for everyone? I found that I think it’s most important for people who don’t agree with Colin to find a safe place to watch something interesting and informative where they can redo their research and try and understand Colin from a different perspective.”