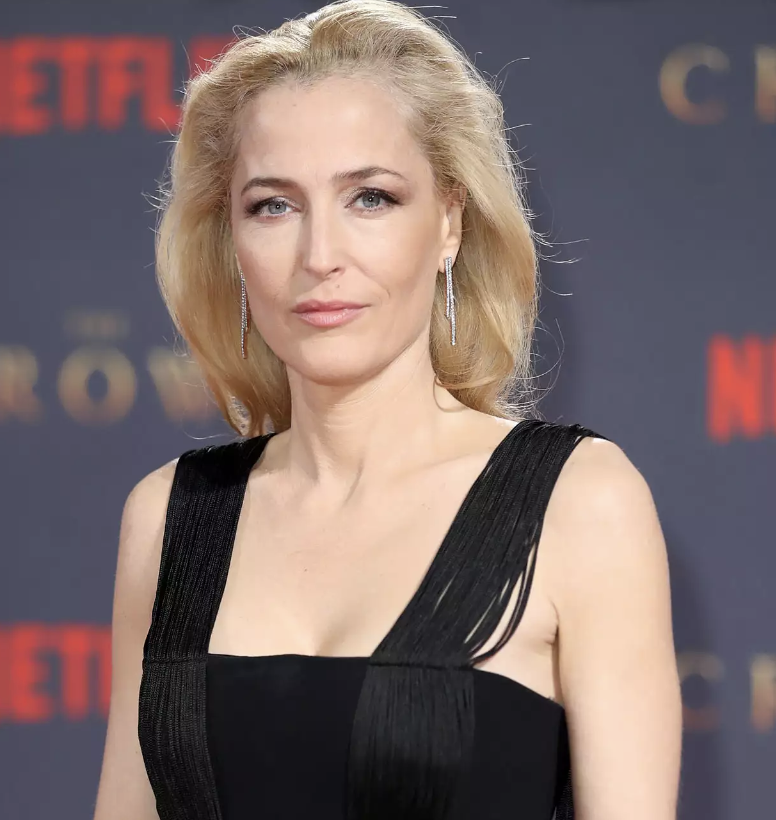 Fresh off her charming birthday exchange with David Duchovny, Gillian Anderson is back at work. Bonus? She’s serving us our first look at her as Eleanor Roosevelt. Or at least a very important part of her.

The actress, who’s been ruling the small screen with her turns in Sex Education and The Crown, will star as Franklin D. Roosevelt’s iconic wife in the upcoming Showtime anthology series The First Lady. And much to our surprise and glee, she tweeted a photo Thursday of her getting fitted for the character’s wig.

Anderson captioned it with three appropriate emojis — an American flag, a teapot, and a fire symbol — along with a shot of her trailer door and one of Roosevelt’s famous quotes: “A woman is like a tea bag: You never know how strong it is until it’s in hot water.” Scorching!

Roosevelt made history as the longest-serving First Lady, holding the title from 1933 to 1945.

“Gillian Anderson is an actress of incredible range and exquisite talent — she is the perfect choice to complete this powerhouse trio, who will inhabit the roles of these iconic women,” Amy Israel, executive vice president of scripted programming at Showtime Networks Inc., said in a recent statement announcing that Anderson would join Viola Davis as Michelle Obama and Michelle Pfeiffer as Betty Ford in the series.

The acclaimed actress is no stranger to taking on historical figures, having recently played Margaret Thatcher on Netflix’s The Crown season 4.

Its first season will focus on the lives of Obama, Ford, and Roosevelt both before and after their experiences in Washington, D.C. No premiere date has been set.