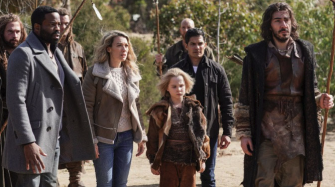 The giant sinkhole in La Brea is staying open.

NBC has picked up a second season of the drama series for the 2022-23 season, which has performed solidly so far this fall. The series is the first rookie of the fall to earn a renewal for next season. La Brea‘s renewal comes a few weeks before the 10- episode first season wraps.

La Brea is averaging about 7.9 million viewers per episode, including seven days of delayed viewing, and leads all first-year network series with a 1.0 rating among adults 18-49. NBC says that across all platforms, the series premiere has gathered 19.8 million viewers and a 3.6 rating in the 18-49 demographic since its Sept. 28 debut.