‘The First Lady’ Pulls Back the White House Curtain 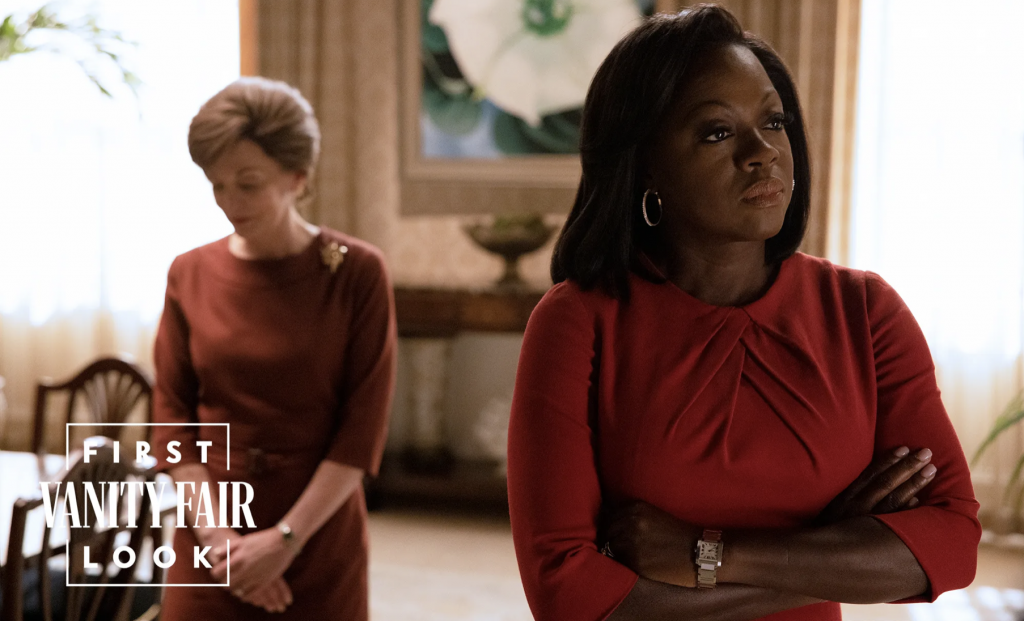 There’s a scene in the 2016 film Jackie, starring Natalie Portman as Jacqueline Kennedy, in which the first lady takes a group of reporters through the East Wing, an area of the White House that up until then had been cut off from the public. When producer Cathy Schulman saw this moment, in which Kennedy points out where the first ladies before her had placed their things, she had a revelation. “I was like, Oh, my God, they all slept in the same rooms,” she tells Vanity Fair. “It’s so peculiar. I mean, not to sound perverse, but I was like, Oh, my God, imagine if these White House walls could talk.”

That inkling of an idea eventually blossomed into The First Lady, a new anthology series at Showtime that aims to reveal the journeys of some of America’s most formidable first ladies and how they are, in some ways, all connected. The first season, directed by Susanne Bier and debuting on Showtime on April 17, follows Michelle Obama, Betty Ford, and Eleanor Roosevelt as each of them navigates their place in the White House and in history. The show captures Roosevelt’s challenges with her husband’s health and also her desire to have a more proactive role in politics; Ford’s struggles with alcoholism and life within the White House walls; and Obama’s concerns for the safety of her family but also her determination to help other families while in her role as first lady.

Not only does the series capture three iconic women, but three of Hollywood’s most talented actors dove in to play them. Viola Davis plays Obama, Michelle Pfeiffer stars as Ford, and Gillian Anderson portrays Roosevelt. “We really wanted to focus our choices on who we felt as an actress would best embody the ladies, and we focused less on ‘do they look like the ladies?’ because that became very distracting as a notion,” says Schulman, who is the showrunner of the series.

“They all brought an incredible strength and incredible honesty,” says Bier, whose previous work includes Bird Box and HBO’s The Undoing, adding that each actor brought a unique style to their performance. “Michelle Pfeiffer brought so much sense of humor and elegance. And then Viola brought this crazy depth,” she says. “And then you had Gillian who was so secretive and magnetic and really strong and vulnerable at the same time.”

But once the leads had been cast, Schulman and Bier also had to cast actors to play the three women in their early years. These three rising stars—Jayme Lawson, who most recently appeared in The Batman, plays Obama; Kristine Froseth, from Looking for Alaska, plays Ford; and Eliza Scanlen, known for starring in Sharp Objects and Little Women, plays Roosevelt—help the show to explore how each woman found the path that would eventually lead her to the White House. The pairings, which can be seen in Vanity Fair’s exclusive first-look images, “had to be more about appearance, but we still wanted to make an energetic kind of connectivity,” says Schulman.

Bier agrees that it wasn’t as much about similarities in appearance, but “more in spirit. There are certain mannerisms—the certain way you walk, the way you blink an eye, or certain other things—that we might not think that much about, but that was sort of filtered into both the younger [version] and the actual first lady.”

As for the rest of the cast, Bier estimates she saw around 4,000 audition tapes to cast the whole series, which features 500 extras and a supporting cast that includes Aaron Eckhart, Dakota Fanning, Kiefer Sutherland, Judy Greer, and O-T Fagbenle. The scope of the series was akin to three feature films, with each first lady’s story filmed consecutively and then all of them mixed together in editing. While the stories were all different, and the women were living in very different periods of American history, both Bier and Schulman say there was connective tissue between their stories. “The whole point was to always sort of finish one sentence with another character’s sentence, but sometimes you’re looking for similarities and sometimes you’re looking for quite the opposite to make a point,” says Schulman.

It’s never easy to make a project that is based on real people, especially when they’re people who are so familiar to the public. The show features conversations between the first ladies and their husbands that happened in the privacy of their homes and reveal some of the trepidations each woman may have had about coming into the White House. While Schulman and Bier did tireless research to find out as much as they could about these three first ladies’ stories, as Bier puts it, “it is a piece of fiction built on reality, but it’s definitely fiction.”

As for the Obamas, who have also been captured in other projects like Southside With You, Bier says she’s especially curious if they’ll ever check out the series: “I walk at night and I wonder whether they’re going to watch it and what they’re going to feel. In my wonderful fantasy scenario, they are feeling, Wow, this was very oddly similar to what happened.”

For viewers at large, The First Lady is an opportunity to see the political and social influences of three women who may not have chosen their role in the White House, but came to embrace it and influence history in ways that perhaps have not been appreciated before. “I think [viewers] can see American history through a different lens, a female lens,” says Schulman. “Because we were always there—and we were more than there, we were amazingly effective, particularly in the areas of social advocacy.”