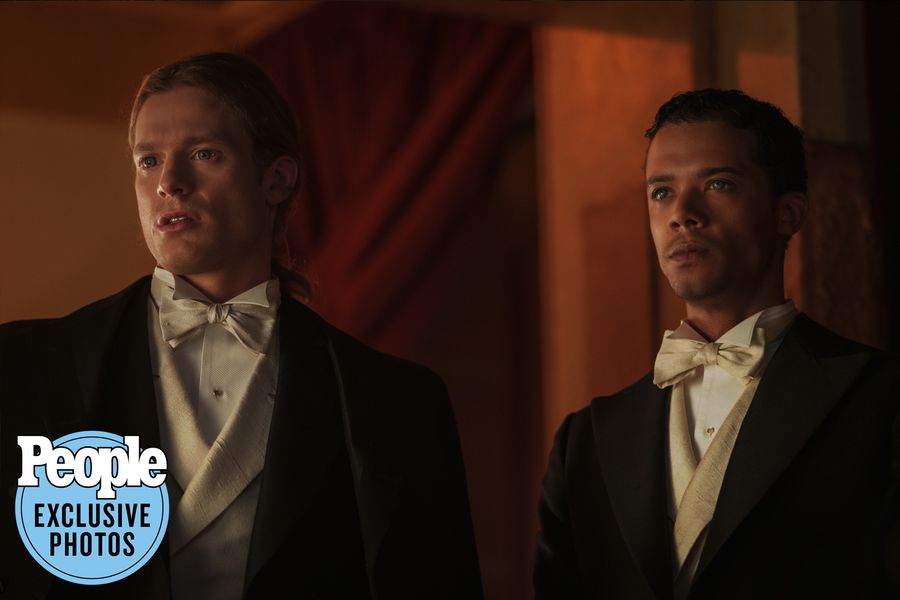 Inspired by her classic novel of the same name, AMC will premiere the series Anne Rice’s Interview with the Vampire later this year. PEOPLE’s exclusive sneak peek of the series shows some of the book’s famed characters — including Louis de Pointe du Lac (played by Game of Thrones‘ Jacob Anderson) and Lestat de Lioncourt (Sam Reid) — in their gothic setting.

If the AMC series follows Rice’s book — as well as the 1994 film starring Tom Cruise and Brad Pitt — the two vampires will be thrust into a love/hate affair that plagues their immortal life. Also central to the plotline is Claudia (played by Bailey Bass), a young girl who becomes part of their family.

Photos tease the vampires’ connection, as well as some of the New Orleans-based social settings they’ll find themselves in.

Another image of the show’s lead sees vampire Louis (who, in the book, tells a reporter his life story as a blood-sucking being) playing in a poker tournament with a cigar in hand.

Other images preview Louis and Lestat’s relationship as they’re pictured together around New Orleans.

“Developing this series carries great pressure and responsibility,” he said. “What Anne Rice created and what her fans have been transfixed by forces us to take this book-to-television show transition with a great deal of responsibility. It is imperative that we do not disappoint her fans and yet we need to make sure that this story, these characters sing for a modern audience.”

The goal of the AMC adaptation isn’t just to preserve The Vampire Chronicles but to reignite a passion for Rice’s work.

“We are hoping that this series compels the Anne Rice fan to rediscover her works. We are also hoping that those viewers who have never read an Anne Rice novel go running to the bookstore eager to understand what all the fuss is about,” Johnson added.

An official release date for the series has not yet been released but Anne Rice’s Interview with the Vampire is expected to air all seven episodes of its first season on AMC and AMC+ this year.