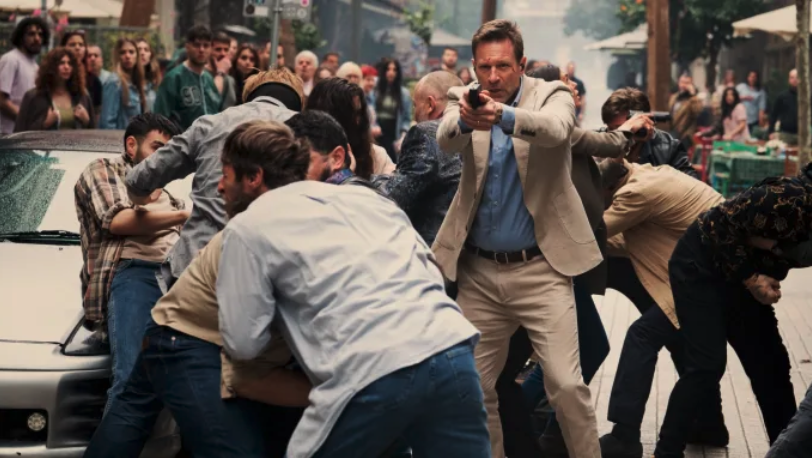 In The Bricklayer, someone is blackmailing the CIA—assassinating foreign journalists and making it look like the agency is responsible. As the world begins to unite against the U.S., the CIA must lure its most brilliant—and rebellious—operative out of retirement, forcing him to confront his checkered past while unraveling an international conspiracy. Clifton Collins Jr. (Westworld), Tim Blake Nelson (Nightmare Alley) and Ilfenesh Hadera (Paramount’s Baywatch) also star.

“The dynamic team of iconic director Renny Harlin and charismatic lead Aaron Eckhart is unmatched,” said Screen Media in a statement. “We’re grateful and excited to make this intense action thriller our second film in our Millennium partnership.”

“Screen Media has been an incredible releasing partner having done a great job steering Till Death and The Outpost to great success,” added Millennium Media’s Co-President, Jonathan Yunger. “We look forward to the same with The Bricklayer with many more to come.”

Needle, who serves as EVP of Global Acquisitions and Co-Productions at Screen Media, negotiated the deal for The Bricklayer on behalf of the company, with Yunger and Greenstein of Millennium Media on behalf of the filmmakers. Check out the newest still from the film, featuring Eckhart and Dobrev, below.