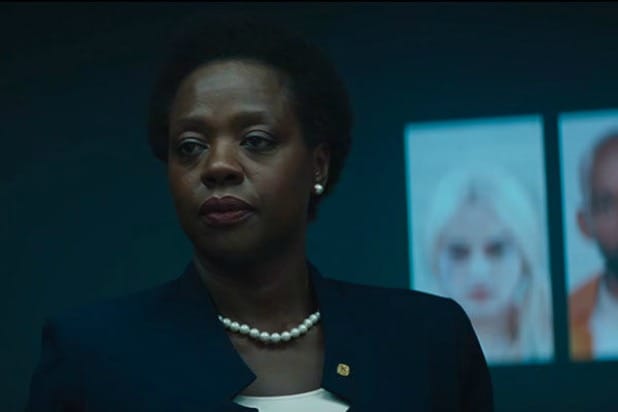 A “Peacemaker” spinoff centered on Viola Davis’ Amanda Waller is in the works at HBO Max, according to an individual with knowledge of the project. Davis is in talks to reprise the role.

Davis previously told Nerd Report that she is ”fascinated by the character,” who serves the DC Universe in a similar capacity as Samuel L. Jackson’s Nick Fury in the Marvel Cinematic Universe.

Waller is described as “a former congressional aide and government agent who is often placed in charge of the Suicide Squad, a semi-secret government-run group of former super villains working in return for amnesty.”

“Peacemaker” is a continuation of the story that Gunn started telling in his 2021 DC film “The Suicide Squad,” which was his R-rated spin on various DC characters. With this HBO Max series – which Gunn wrote and largely directed – the story zeroed in on John Cena’s murderous Peacemaker character as he was enlisted by a group of A.R.G.U.S. agents for a secretive mission.

“Peacemaker” ended its first season with the biggest single day audience for a Max Original series to date. Finale viewership was 44% above its series premiere on Jan. 13. The first season grew its debut night audience every week. Social buzz on the series also grew throughout the first season, with social conversation volume for the finale up 35% vs. the season premiere.

“Peacemaker,” has already been renewed by HBO Max for a second season with Gunn writing and directing all the episodes. Fans will likely have to wait, however, as Gunn is currently in the middle of production on “Guardians of the Galaxy Vol. 3.”

Davis is repped by CAA, Lasher Group, Lichter/Grossman, and Wolf-Kasteler PR. Henry is repped by UTA and attorney Robert Szymanski.